The enchanted land of the Nebrodi mountains

The Nebrodi represent the Sicilian Apennines, together with the Madonie and the Peloritani, considered by the Arabs as as “an island in the island”, stronghold of the Norman Empire.

This territory is surprising, full of suggestive woods, green immense fields, flowing creeks and silent lakes that contrast with the most common image of a dry Sicily parched by the sun. The guided tours can easily promise to make you have a wonderful day.

The vegetation changes surprisingly from the sea level to the highest altitudes, unveiling the humid areas, lakes and many forests with originary mediterranean tree species. An excursion in the Nebrodi mountains allows to appreciate the rural human settlements surrounded by wild nature, simple people that have saved, protected over the centuries the genuine attitudes and their typical products survived thanks to ritual traditions.

– Meeting at about 8.00, excursion with transport provided by the society towards Randazzo, from where we continue until the point of departure for the excursion
– Picnic on the shore of Lago Biviere, immersed in the panorama of the high-altitude wetlands, the most important in Sicily from the naturalistic point of view
– Visit to the Castle Nelson (Abbazia di Maniace) and coming back at approximately 18.00.

The Nebrodi represent, together with the Madonie and the Peloritani, the Sicilian Apennines. The Arabs called the Nebrodi “an island within an island”. This territory is surprising, full of suggestive woods, green high pastures, flowing and silent lakes and streams that contrast with the most common image of a barren and parched by the sun Sicily.

The vegetation changes surprisingly from the sea level to the highest altitudes, unveiling the humid areas, lakes and forests with numerous tree species and shrub-mediterranean. An excursion on the Nebrodi allows to enjoy a lush and pristine, but also let us appreciate human settlements that have, over the centuries, created genuine typical products, survived thanks to almost rituals processes. 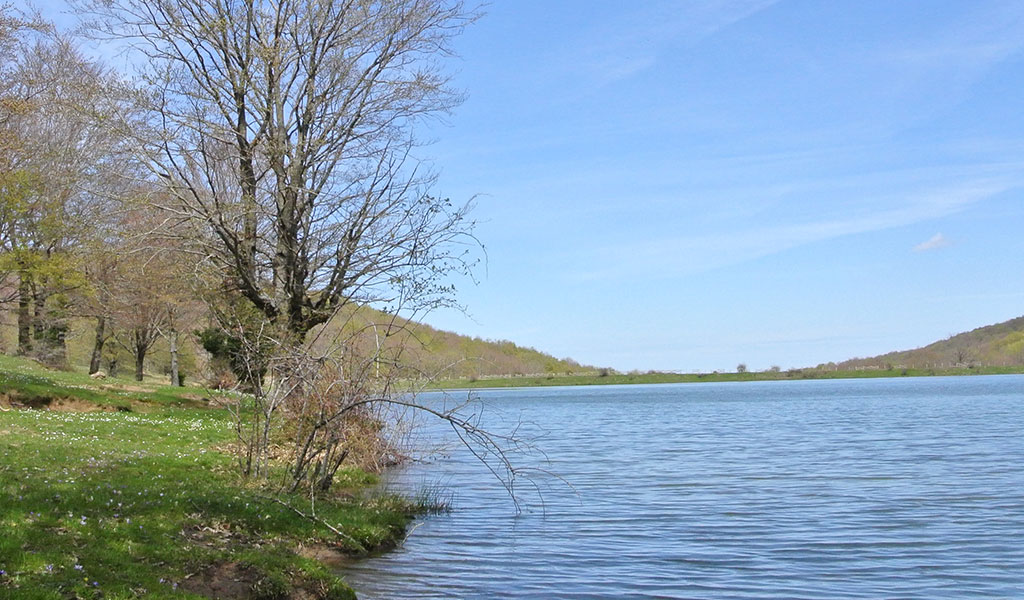 The path chosen is perhaps the most exemplar among those offered by the Park, with views of the highest peaks in this chain, on the Rocche del Crasto and the Tyrrhenian coast, where one can discern the outline of the Aeolian Islands among some of the most lush forests of the area. Excursion of about 4 hours, the path is always tailored to the needs and requirements of every our guest. Equipment needed: good shoes and jacket, the trails may present muddy bottom.

REQUEST INFORMATION FOR THESE ROUTES